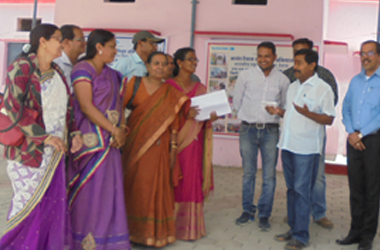 SNS Foundation, in collaboration with Gabriel India, engaged with five government schools in Dewas region. Of these, three were primary schools one was a middle school and another, senior secondary. ~600 children aged between five and 17 studied in these five schools, located in the Siya village. SNS Foundation in partnership with the Dewas district administration facilitated an infrastructural overhaul of the aforementioned schools, including the construction of two classrooms. On 7th May, Mr. Deepak Joshi, the erstwhile Minister of Education and Skill Development, Madhya Pradesh, inaugurated the newly-developed facilities during a ceremony that was attended by Mr. Jaganath Shenoy (Gabriel Dewas Plant Head and Hub Leader for Dewas) and the SNS Dewas team led by Ms. Ritu Vyas along with the school fraternity.