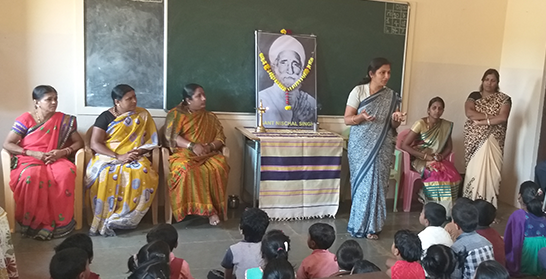 April 18th, 2019 marked the 137th birth anniversary of Sant Nischal Singh, who was born in the year 1882 in District Shahpur of Punjab province (now in Pakistan). The ‘SNS’ in SNS Foundation stands for Sant Nischal Singh. Sant Nischal Singh mastered both Sikh scriptures and Hindu ‘vedas’, earning himself the dual titles of Sant and Pandit.

Pandit Sant Nishchal Singh`s most memorable contribution was in the field of education. He established several schools and colleges, outside the Punjab, which besides general education provided for the teaching of the Punjabi language and Sikh religion. SNSF teams across locations organised various events with beneficiary groups – children, youth, women to share the life of this great soul, the inspiration behind the founding of the Foundation. Carrying on in the footsteps of Sant Nischal Singh, SNSF today is engaged with 85+ government schools reaching out to 21,000 students and trains 2000 youth annually in livelihood skills.