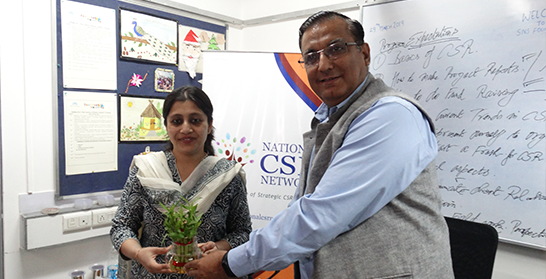 Workshop on Capacity Building of NGOs

SNS Foundation (SNSF) Gurugram played host to National CSR Network’s (NCN) workshop on Capacity Building of NGOs. Some of the focus areas were: understanding the power of conversation, writing impactful project proposal, understanding the value of strategic networking and to identify and understand the specific elements of a resource mobilisation plan.

On this occasion, a session was conducted by Ms. Damayanti Bhowmik, Head of Operations, SNS Foundation on the various strategies adopted by the organisation over the last two decades to build its network of partners spread across central and state governments – Indian corporates, MNCs and multilateral organisations.