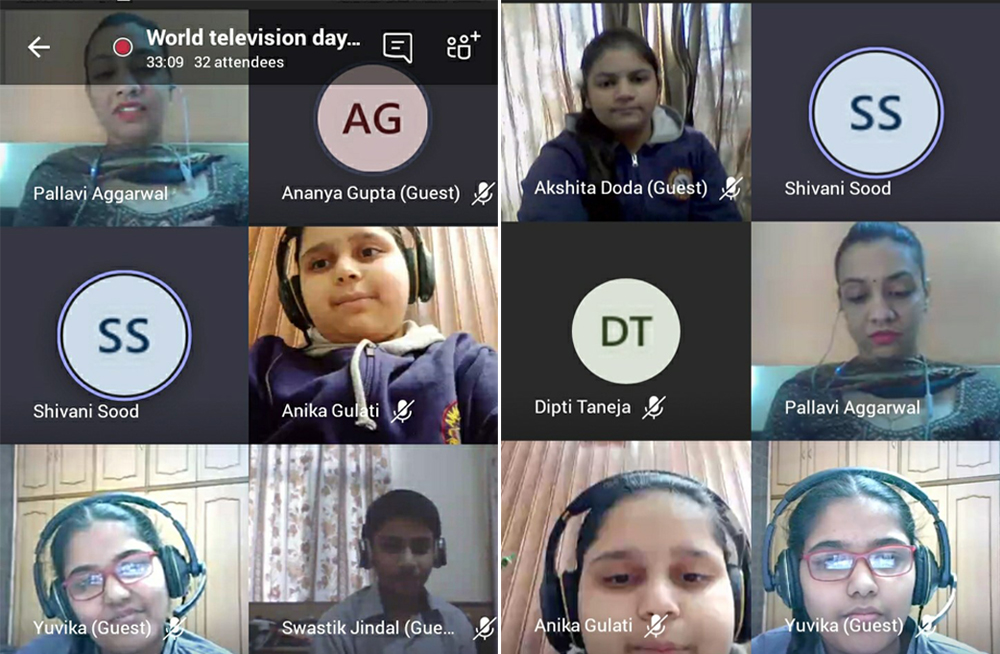 The United Nations General Assembly has proclaimed 21st November as World Television Day to recognise the increasing impact television has on contemporary life. To commemorate the day, students from Classes 7 and 8 participated in a debate on the topic ‘Is Television really an idiot box?’ Although this was their first virtual debate, their enthusiasm and efforts were commendable. Students were also informed about limiting their screen time and also about utilising television and other information channels in order to maximize their knowledge.