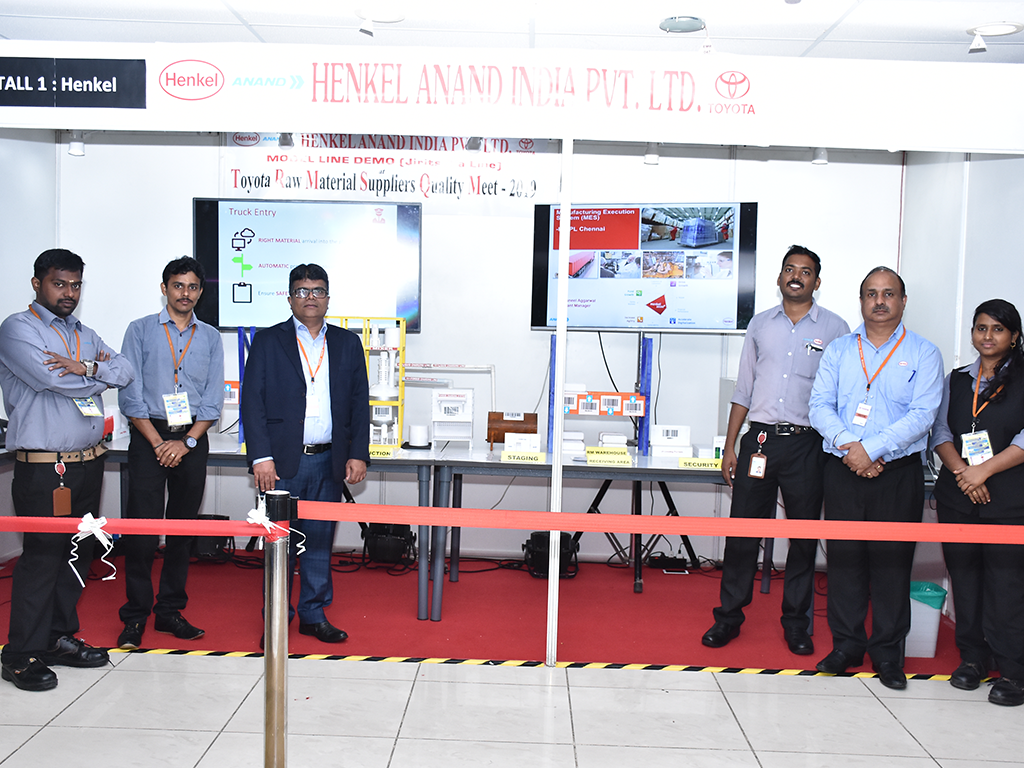 Henkel ANAND India, Chennai plant, has become the first plant under Henkel AG & Company, KGaA, which is the Joint Venture partner of ANAND Group, to adopt the smart factory system in the India, Middle East and Africa (IMEA) region. In the era of Industry 4.0, Henkel ANAND India, Chennai plant, is happy to become a part of digital transformation (as part of Henkel 2020+ strategy) by using new age technologies. The plant’s smart manufacturing practices was successfully demonstrated at the Toyota Raw Materials Suppliers Meet 2019. Senior officials from Toyota appreciated Henkel ANAND team for showing their Jiritsuka model line at the event.