Under the terms of the new Joint Venture agreement, ANAND Group will be increasing its stake to 30% in the combined entity JAASS from its current holding of 25% in Takata India. The new shareholding structure of JAASS will be: JSS 65%, ANAND Group 30% and Abhishek Group 5%.

Post this merger, JAASS will have four manufacturing facilities in India- 1) Neemrana, Rajasthan; 2) Kancheepuram, Tamil Nadu; 3) Manesar, Haryana and 4) Pune, Maharashtra. Manesar plant also houses a state-of-the-art R&D facility on par with any such facility globally. JAASS is poised to become a leading supplier of safety-critical components such as airbags (all types- driver, passenger, side, curtain etc.), seat belts (front and rear) and steering wheels to all major OEMs in India and is projected to achieve a turnover of Rs. 1000 Crores by 2023. 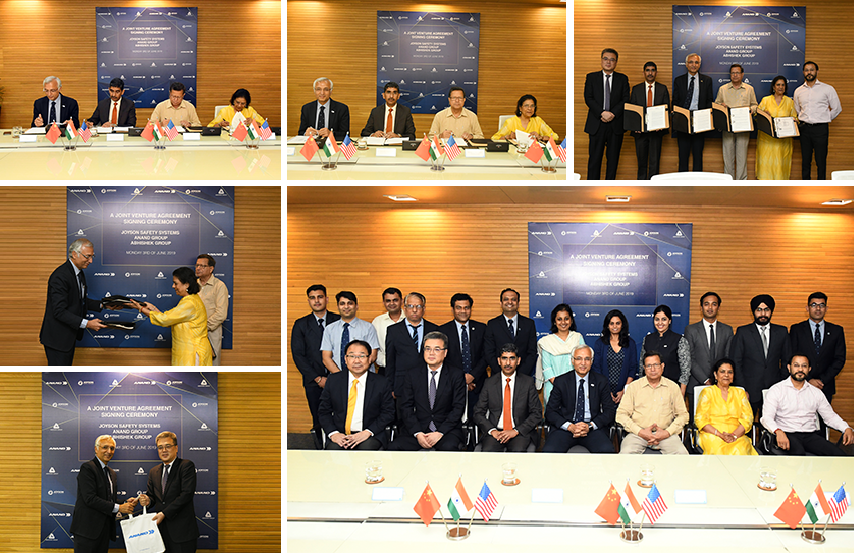